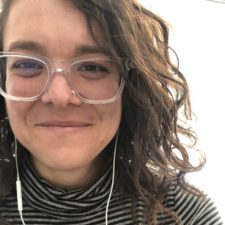 Many of us have probably been following the Hamline University controversy. I first came across it in InsideHigherEd and the New York Times, whose links I sent to my colleagues with a “Yikes!” attached.

In case you haven’t been following it, it’s good to know about. It concerns all of us. To briefly recap, at Hamline University, in St. Paul, Minnesota, an adjunct instructor teaching a global art history class showed a famous painting of the prophet Muhammad in class, after warning students on her syllabus and then reminding them of her intentions that day. A student complained afterward; the complaint was that showing images of the prophet is “forbidden” in “Islam” (I can’t help but add these scare-quotes) and thus sacrilegious. The administration concluded the incident was Islamophobic and declined to rehire the instructor for the next semester. Attempts by experts in art history as well as religion to explain the value of showing such images (and to counter the claim of Islamophobia) had no effect.

There are many important layers here, including students’ very real experiences of racism and Islamophobia on the small campus, how instructors contribute to students feeling like they belong (or not) in the classroom and on campus, what counts as “Islamophobia,” academic freedom, the control that faculty should or do have over curriculum, the role of expertise, the invisibility of religion in DEI, the increasingly popular model of a modern American university that seems more like a business or a corporation than an institution of inquiry and higher learning, the reminder that universities are inequitable places of labor, the power that students do hold over us (and not just the other way around), and more.

I was bothered by the student(s) ignoring the instructor’s multiple “trigger warnings,” the complaint quickly making its way to administration (vs. being further addressed with the instructor directly), and, of course, the administration reacting in the way that it did. Lots of mishandling, it seems to me, by multiple people at multiple levels. Given that I’m going back into the classroom this week, I was also thinking about my own pedagogy, our disciplinary tenets and values, and the whole point of learning.

I’m not a specialist in Islam, but, like many of us, I am responsible for covering Islam when I teach my introductory World Religions course. I am less concerned, even at the intro level, in teaching students about facts, which can and do change over time, and more about concepts, questions, debates, and approaches in the study of religion. I find inspiration in the four principles of religious literacy from Harvard, one of which is that “religions are internally diverse.” This particular point is so important to me that I include it in my classes as a learning objective. In past iterations of this course, I have even addressed the very issue causing all the controversy at Hamline, by assigning pieces like Omid Safi’s brief “Why Islam Does (Not) Ban Images of the Prophet.” (Omid, an instructor of mine in college, was interviewed for the NYT piece, to share his perspective as a Muslim and a specialist in the area.) As the NYT piece notes, “Most Muslims believe that visual representations of Muhammad should not be viewed…. There are, however, a range of beliefs. Some Muslims distinguish between respectful and mocking caricatures, while others do not subscribe to the restriction at all.” In a forum after the incident, a professor of religion tried to raise the question with which we are all, in the discipline, familiar: “what does one do when the Islamic community itself is divided on an issue?” The same could be asked of any religion.

Students, in a time of their lives where they tend to default to or prefer black-and-white dualistic thinking, often assume religions are monoliths—static entities with clear-cut boundaries and universally shared beliefs and practices. It’s comforting to feel certain about who’s in and who’s out, what’s acceptable and what’s not. We tend to put people into categories. We love to think we know. And it’s not just students. A book I use in one of my classes makes frequent claims about the beliefs and practices of “all Muslims…,” despite there being 1.9 billion worldwide. Of course, assumptions, generalizations, and stereotypes exist for all religions (e.g., Buddhist societies are peaceful, despite evidence otherwise), but Islam has some of the most persistent and pernicious in our country, sometimes with deadly real-world repercussions (like the murder of the Sikh man after 9/11 because he was presumed to be a Muslim). Such assumptions cause me special concern, perhaps, because my daughter is half-Afghan. I take it as my professional, and personal, duty to ensure that students who finish my courses are disabused of notions of reductive homogeneity and dangerous stereotypes. (Even seemingly positive stereotypes, like the “model minority” stereotype, can be harmful, research has shown).

In recent years, I have struggled with the Islam unit in my intro course. I like to organize the different units around big questions related to the study of religion, not just the individual religions themselves (eg., the question “is Buddhism a religion?” allows us to get into the definition of religion and the history of the field, as well as gives us a lens to sort through the specifics about Buddhism from the textbook chapter). I wanted an Islam unit that left room for the basics, that confronted and corrected misinformation, that tackled urgent and big-picture questions, that didn’t harm any Muslim students in the class, and that seemed relevant to students’ lives by tapping into, for instance, current events. A tall order. This Hamline controversy has provided the perfect material for me this semester.

This spring, my Islam unit will be focused on: What happens when religious people disagree? (I’m sure I’ll finetune this question, and the unit’s assignments, in the future.) In addition to a chapter on Islam from the textbook I use, I am going to ask students to read some of the news articles reporting on Hamline, as well as other relevant material (like Christiane Gruber on images of the prophet), outside of class. I will likely alert them to the fact that these articles depict images of Muhammad, so they can take proper precautions and prepare for self-care. (I admit here to having an ambivalent stance toward “trigger warnings,” as I believe, fundamentally, that learning is an often-uncomfortable enterprise; that higher education’s purpose is to expose students to content that they may disagree with; and that it is necessary, in order to be a citizen of a democracy, to be able to engage with people, perspectives, and material that you find objectionable, unsettling, or even “offensive.” Moreover, there is evidence that trigger warnings don’t really work.) Framing the unit in this way will also help to connect back to earlier conversations we’ll have in class about insider vs. outsider approaches to religion, another important aspect of religious literacy.

Some instructors may now choose simply not to touch the topic with a 10-foot pole. Why bother courting controversy with a discussion about or an analysis of images of the prophet? I get it. I’m not tenured, so I have to think carefully about the kinds of risks I take in the classroom. But allowing the perspectives of a few or even a majority to dictate the terms under which we view or can talk about an entire group is a bad idea—and I believe we have a disciplinary responsibility to confront these instances when they occur. Religions, like any groups (racial, political, national, you name it), are quite diverse things. Catholics for Choice! Jews for Jesus! This diversity is not only something to clarify in our courses, but something to center and celebrate.

Emily O. Gravett, Ph.D., is an associate professor in the Department of Philosophy & Religion and an assistant director in the Center for Faculty Innovation at James Madison University (JMU) in Harrisonburg, VA. She earned her B.A. from Colgate University in English and Religion and her M.A. and Ph.D. in Religious Studies from the University of Virginia. She has published widely on the scholarship of teaching and learning, including in the Journal of the American Academy of Religion, College Teaching, and (the now-named) Wabash Center Journal on Teaching. She is grateful for opportunities to support her colleagues, at JMU and beyond, and feels continually inspired by their commitment to students, pedagogical reflection, and ongoing growth.