Home > Resources > Blog > Embodied Teaching > The Mere Beauty of the Quran: Listening in on the Quran in Liberal Arts Education
Selected Items Select an item by clicking its checkbox
Actions for selected results:
Sign-up to receive email alerts when new blogs are posted Read our Blog Series List of  Bloggers 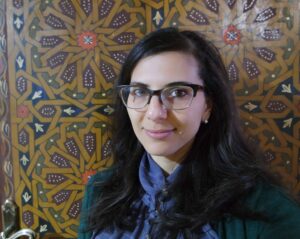 The Mere Beauty of the Quran: Listening in on the Quran in Liberal Arts Education

Aisha replied: “His moral character was the Quran.”

Students encounter this hadith at two moments in the introductory course to the study of Islam. The first is when students meet the Prophet Muhammad through hadith literature, the written record of sayings and actions of the Prophet. We return to the hadith the following week when students begin to explore the Quran. In our second pass of this famous narration, we begin to contemplate what it means to say that the Prophet’s character was the Quran.

The idea that the Prophet was a walking Quran is at once simple and simultaneously beyond the immediate reach of the class. Students explain that to say the Prophet’s character was the Quran means he exhibited ideal virtues. This exegesis grasps at an accessible meaning of the hadith, but does not yet appreciate the concept of embodied knowledge that is so important in classical Islamic education, especially Quran education. In some respects, the notion of embodied knowledge runs counter to the kind of education students embark upon in their college years (and the whole of their education leading up to college). Most students describe the purpose of their liberal arts education as a training in a particular way of thinking—honing the skills of critical reading and analysis.

But perhaps the idea of embodied knowledge is not so foreign to them. The university where I teach emphasizes “hands-on” and “experiential” learning, the power of doing to facilitate learning. Students are encouraged to study abroad, take on internships, and generally roll up their sleeves and immerse themselves—physically—in their education. So, there are some comparisons to make with students as we discuss the idea of what it might mean to embody the Quran. In this way, the institution’s learning philosophy translates to our classroom in my effort to create for students an embodied experience of the Quran.

One of my goals when I teach the Quran is to develop in students an appreciation for the Quran beyond its written text (the Quran as mushaf). I emphasize the significance of the recited Quran and the place of recitation in Muslim life. As I introduce them to the art of Quran recitation, I try to create an auditory experience for the class. In doing this, I aim to cultivate an aesthetic appreciation of the recited Quran. This is an ambitious goal, one that deserves some probing. What kinds of possibilities and limitations might there be in cultivating an aesthetic appreciation for the recited Quran in the (secular) liberal arts classroom?

To introduce the Quran to the uninitiated through its recitation is, first, to invite the audience to listen. Listening is itself an act to be honed. To prepare students for the auditory experience, they learn about the significant place of memorization (ḥifẓ) and the art of enunciation and elocution (tajwīd) with patterns of melody (maqāmat). Even with this preparation, the listening we try to practice in our class is complex. Just as much as opening the Quran and reading a page of text cannot convey its meanings, neither can listening to the most beautiful of recitations.

In my effort to cultivate for the uninitiated an appreciation of the aural experience of the Quran, I try to create an opportunity for them to recognize its beauty. But this beauty may not be accessible to everyone. My hearing-impaired students have urged me to consider more deeply what an aural attunement to the Quran means for the deaf. For hearing students, the question of what it means to listen to the Quran can be overwhelming. In their preparation to listen, I share various sources with them (readings by Michael Sells and Kristina Nelson, as well as videos of Quran recitations where audiences physically and vocally respond to the performance). So, when students are not moved by a Quran recitation, they describe a sense of feeling left out. For them it is like standing in front of the Mona Lisa and grasping to understand its power.

The Quran itself situates ways of listening in relation to the recognition of its truth. While the Quran describes hearing as a physical perception of sound, hearing is typically associated with spiritual understanding. Indeed, the Quran insists that listening requires the heart. Hearing is sutured to learning and understanding, whereas those who reject its message are described as those who “do not hear,” and those who are “deaf,” among other sensory descriptions. In one passage, those who reject God’s message are described as putting their “fingers in their ears” (2:19). At other moments, God interferes with hearing, such as when God placed “heaviness in their ears” (18:57), and “a seal upon their hearts so that they do not hear” (7:100). To listen, then, is not limited to creating an auditory experience for hearing students, but one that involves the heart. Or to put it in less anatomical terms, hearing in the Quran requires a recognition of it as revelation.

In this way, the goal of cultivating in students an aesthetic appreciation of the Quran may be at best naïve and at worst problematic. Listening to the Quran for delight, pleasure, or entertainment may be an invitation to over-aestheticize the Quran—to dissolve its message into mere beauty.

Listening to the Quran does not allow for a distanced observation. It immerses the listener, all listeners, in an embodied experience. While Quran recitation offers an opening into the Quran in ways that might awaken students’ interest (since it offers a break from the written word and involves their senses that are so often neglected in liberal arts classes), it is through recitation that those who hear and those who do not are distinguished by their bodies and beliefs. To expose students to the significance of the embodied Quran may be to invite them to the edge of its beauty.

Nermeen Mouftah is assistant professor of religious studies at Butler University. She is a critical ethnographer of ethical and political life, focusing on Muslim projects variously articulated as social welfare, development, humanitarianism, and care. Based on long-term ethnographic fieldwork in the Arabic-speaking Middle East, Pakistan, and the United States, her research examines Muslim responses to social inequality and exclusion as they shift over time and in interaction with political power. Her work examines how religious authorities, activists, and everyday people contend over “Islamic solutions,” and attends to the sometimes contradictory effects of their mobilizations. Her publications can be found in Comparative Studies in South Asia, Africa, and the Middle East; Contemporary Islam; and the International Journal of Middle East Studies, among others.