Home > Resources > Blog > Embodied Teaching > Racial Harm and the Pain We Bear in our Teaching Bodies: A Case Study Approach
Selected Items Select an item by clicking its checkbox
Actions for selected results:
Sign-up to receive email alerts when new blogs are posted Read our Blog Series List of  Bloggers 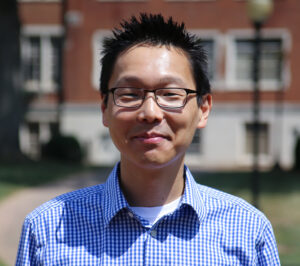 Racial Harm and the Pain We Bear in our Teaching Bodies: A Case Study Approach

The seminary professor, a man of color, just walked out of the academic dean’s office. He had been teaching at the mainline Protestant theological institution for eleven years. The academic dean, a white woman, called him into her office to talk about a recent article he published in a mainstream magazine. He had written about white supremacy within American Christianity and the manifestations of racism in Protestant churches, including in churches that supported the seminary. The dean noted that she had received several complaints about his article. The professor asked the dean if she disagreed with anything that he wrote. She evaded the question and changed the subject to how the professor might repair relationships with some donors. She also reminded him that his review for promotion was coming up shortly and that she worried how this “controversy” could disrupt the review. The conversation ended with no resolution, but the dean said they could revisit “next steps” in a day or two after some prayer and reflection. The seminary professor was enraged, exhausted, and frustrated. In a word, he felt defeated.

The professor began teaching at the seminary immediately after graduate school. He loved teaching his students and especially appreciated the increasing racial and ethnic diversity within the student population. But over the years, the racism that he experienced, and the racial harm that he witnessed his colleagues and students of color encounter, had taken a deleterious toll on his wellbeing and health. Being called into the dean’s office was the latest in a long series of episodes in which he and other colleagues of color were assailed because of what they taught, how they advocated for students of color, and how they challenged their institution to live up to its moral, pedagogical, and spiritual commitments to racial diversity, equity, and inclusion.

In recent years, seminaries throughout the United States have grappled with racial discrimination. At some seminaries, there have been a handful of discriminatory incidents whereas at other schools the problems of racial prejudice have been widespread. Immediately after departing the dean’s office, this professor sat down on a bench outdoors and wrestled with whether his meeting with the dean was racially discriminatory. The U.S. Equal Employment Opportunity Commission states that “it is unlawful to harass a person because of that person’s race or color” and explains that “harassment can include, for example, racial slurs, offensive or derogatory remarks about a person’s race or color, or the display of racially-offensive symbols.” The law does not forbid “simple teasing, offhand comments, or isolated incidents that are not very serious,” but it also outlines how racial discrimination is “illegal when it is so frequent or severe that it creates a hostile or offensive work environment or when it results in an adverse employment decision (such as the victim being fired or demoted).” The professor acknowledged to himself that the meeting may not have fallen into the legal delineation of harassment, but he knew it was racially harmful and he could feel the pain coursing through his body.

The professor concluded that he had three options. The first option was to compromise and agree to a plan to talk with some of the offended donors. He would not apologize for his scholarship, but he would discuss his article with them and listen to why they thought he was wrong. The second option was to seek the support of his colleagues of color. The faculty of color had confronted the administration before, and he believed they were prepared to do so again on his behalf. The professor thought that his resistance might also garner media attention and perhaps he could write another article for the magazine explaining what happened. But the professor was weary. He thought about his health and his family. He did not know if he, or his family, had the energy required to enact the second option. Therefore, the professor was strongly considering the third option, which was to simply resign from the seminary. He would miss the classroom dearly, for it was his sanctuary, his refuge, and a holy site where he experienced rejuvenation through the wonder of learning together with his students. But in this moment, the professor did not know how much longer he could bear the pain in his teaching body.

William Yoo is Associate Professor of American Religious and Cultural History and Director of the Master of Divinity Program at Columbia Theological Seminary in Decatur, Georgia. He is the author of American Missionaries, Korean Protestants, and the Changing Shape of World Christianity, 1884-1965 and What Kind of Christianity: A History of Slavery and Anti-Black Racism in the Presbyterian Church and editor of The Presbyterian Experience in the United States: A Sourcebook. He has also contributed articles and essays to various books and journals, such as the Encyclopedia of Christianity in the United States, Connections: A Lectionary Commentary for Preaching and Worship, and The Wabash Center Journal on Teaching.