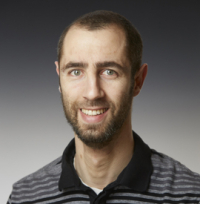 Laughing about Islam and the Media

Laughter is an important ingredient in my classroom. I bank on my ability to make students laugh with my often-droll sense of humor, but I also frequently rely on professional comedians through the magic of the Internet. The status of Islam and Muslims in political satire, specifically in the genre of comedy news, provides ample fodder for this need, through projects like The Onion, The Daily Show, The Colbert Report, and Full Frontal (and as much as I cherish Last Week Tonight, John Oliver rarely explores the topic of religion). Indeed, humor also has a long tradition in Islamicate history as well—ranging from the likes of Joha/Nasreddin Hodja to Azhar Usman—but in this blog post, I want to focus on the portrayal of Islam and Muslims in Western satire, sometimes called “fake news.” For better or for worse (often for worse), moreover, the appetite for fake news stories (which at times genuinely fool people!) may also be on the rise. Although this trend can have dire consequences, it renders the genre all the more fertile for generating understanding in the classroom.

Lots of learning takes place through the slow, careful, and sometimes tedious (even boring) study of details, but cathartic moments can have a uniquely lasting impact on students. I often seize the moment to employ humor in the classroom not only as a way to keep students interested, but also as a means of transformation. Indeed, things are often funny because they are subversive, because they surprise us—kind of like being tickled. It doesn’t work so well to tickle yourself; because you expect it, there’s no surprise. This element of surprise works particularly well, I find, when combined and contrasted with more traditional modes of pedagogy, such as textual analysis, historical inquiry, and site visits. Accordingly, I select short video clips that I use in class bearing in mind what questions they may generate about a given issue. Some of my favorite examples follow:

One of the few Last Week Tonight segments that deals with Islam focuses on a Supreme Court case about the permissibility of inmates growing beards in federal prisons. The clip portrays the Supreme Court Justices as talking animals, as a way to self-consciously heighten interest in the Supreme Court—which not only induces at least a few chuckles, but also offers a meaningful opportunity to discuss First Amendment issues in the context of American religion.

Why oh why don’t the “moderate” and “peaceful” Muslims speak up? This clip from Full Frontal with Samantha Bee explores this question as well as myths that Muslims don’t cooperate with law enforcement, or that they hate the United States.

The Daily Show’s “Senior Muslim Correspondent,” Hasan Minhaj, has a smart bit about Southwest Airlines’ removal of a Muslim passenger for allegedly speaking Arabic. That Minhaj himself is a brown Muslim speaks to the rhetorical role of his character as well, and he offers a semi-comical but mostly sober reaction to Trump’s election victory. This segment raises an important chicken or the egg question about the nature of political satire: do political motivations inform comedy news or is comedy a way to express political messages?

Regarding hysteria over Muslims conspiratorially taking over the United States with their “shari‘a law,” this clip from The Daily Show about mosques and this clip from The Colbert Report about “radical Muslim snacks” (i.e., halal food) have proven successful and provocative in the classroom, by effectively positioning the level of public paranoia in relation to what kinds of practices Muslims actually promote. Clips like these allow me to ask a real but also rhetorical question to my students (who are formally studying Islam): would any of you feel pretty comfortable and informed about defining “shari‘a” on a national news program in front of millions of viewers (who haven’t formally studied Islam)? (Routinely, no one volunteers.) Where do you think the “real news” anchors get their information about this stuff? They probably Google it, I suggest, as food for thought. And people always interpret Google results with wisdom and measure, right?

Is Obama a Muslim? No, he’s not. And never was. He even jokes about this, for example, during his remarks at the White House Correspondence Dinner.

One of my all-star comedy news clips to use in class comes from the archives of The Colbert Report. It focuses on the aftermath of the 2011 massacre committed by Norwegian Anders Breivik, whom many media outlets quickly identified as a Middle Eastern Muslim, despite coherent evidence. To quote Colbert, “Just because the confessed murderer is a blonde, blue-eyed, Norwegian-born, anti-Muslim Crusader…does not mean he’s not a swarthy ululating Middle Eastern madman.” I find this clip particularly effective as a teaching tool because it not only highlights the absurdity of how sensation-driven journalists reacted to the event, with flamboyantly transparent anti-Muslim bias, but it also pushes the envelope past what the viewer might expect, by presenting a sequence of awkwardly cathartic punch lines.

On the unmeasured way in which mainstream media covers religion and violence, this segment on “decoy Muslims” from “The Onion News Network” pushes the envelope by suggesting baby Muslims should be murdered for fear of their possible ties to terrorist attacks. In my experience as a teacher, this kind of humor, which rides the line between grotesque offense and revealing reflection of popular perceptions, can open doors for frank dialogue about complex issues that even engaged students may otherwise find unapproachable because of political sensitivity.

Finally, as a spoof on TSA terrorism prevention, this Key & Peele skit offers an ridiculous but lucid critique of airport theater in which a bunch of would-be “Muslim terrorists” in a cave plot to deceive security officials but find themselves stymied by restricting themselves to a 3.4-ounce bottle of toothpaste, as opposed to the 3.5-ounce bottle on which they modeled their attack. Importantly, this flagrantly flippant skit doesn’t downplay the important of national security, but rather invites inquiry: How might the nation achieve this security? Where does one draw the line between personal liberty and public safety? What about non-Muslim terrorists?

In conclusion, I have always found humor an effective pedagogical tool in the classroom. And as the onslaught of violently misleading media attention to Islam and Muslims, consumed by our neighbors and students alike, appears to be speeding up, I think the right combination of satire, subversion, and laughing out loud can provide a uniquely powerful classroom presence and learning experience.

What are your favorite comedy news clips? Please share them in the comments section below.

Elliott Bazzano is an Associate Professor in the Department of Religious Studies at Le Moyne College, where he teaches courses on Islam and comparative religion. Professor Bazzano’s research focuses on the interplay of Qur’anic interpretation, polemics, and mysticism as well as identity and pedagogy in religious studies scholarship. His article “Normative Readings of the Qur’an: From the Premodern Middle East to the Modern West,” appears in The Journal of the American Academy of Religion (2016) and “Muslim in the Classroom: Pedagogical Reflections on Disclosing Religious Identity” in Teaching Theology in Religion (2016). Bazzano published two articles in Religion Compass (2015) on Syrian polymath Ibn Taymiyya, “Ibn Taymiyya Radical Polymath, Part I: Scholarly Perceptions” and “Ibn Taymiyya, Radical Polymath, Part II: Intellectual Contributions,” as well as a book chapter, “Research Methods and Problems,” in The Bloomsbury Companion to Islamic Studies (2013, 2015). Professor Bazzano serves on the Steering Committee for the Study of Islam Section in the American Academy of Religion, and hosts podcasts for New Books in Islamic Studies. In addition to finding inspiration in the mystical percolations of the Sufis, including coffee (pun intended), he finds his deepest wonder and joy in the miracle of his two daughters who offer him limitless possibilities for contemplating the mysteries of the universe. You can access some of his publications, as well as his CV, at his academia.edu page.