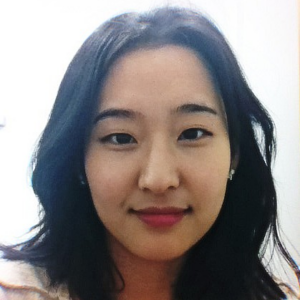 Embodying World Religions in the Classroom

My daughter looks forward to her trip to Disneyland, which is scheduled for her twelfth birthday. She listens to the stories about the park from her friends, reads the descriptions on the website and magazines, and watches numerous ads on YouTube. One day I asked her (trying to save some money), “Honey, since you already know so much about Disneyland, do you really think we should go?” You can easily imagine her screaming reply: “No way! I should definitely go! It is totally different!”

Teaching world religions for several years, one question that I try to better answer each time is: “How can I make each religion real and alive, so that students don’t see it as a concept to be memorized or something that exists in textbooks or histories, but as something that they can feel, touch, apply, and appreciate, in other words, something that they can ‘embody’?” I find this question especially important since many students have been trained to see religion as a series of beliefs and doctrines, rather than daily practices, bodily movements, and practical ways of dealing with specific challenges in life.

There are several pedagogical methods I have been developing to enhance the embodied understanding of religions. There is much room for further refinement. One is providing opportunities for having sensory experiences of a religion. For example, during our sessions on Hinduism, as students come into the classroom, they will hear ancient Vedic hymns recited by Hindu priests. In another session, they would smell the fragrance from burning herbs and ghee commonly used in daily Hindu rituals. Yet in another session, they listen to George Harrison singing “My Sweet Lord,” which embodies Hindu piety and religious inclusivity with a beautiful melody and guitar sound. It is okay if students keep chatting with their friends, browse the internet, or review previous materials experiencing these things. The casual setting is intentional because I think there’s a significant value in building up familiarity with an unfamiliar religion in a relaxed setting without the pressure to comprehend or memorize information. I find these small exposures make it easier for students to open their minds and engage more intently in class discussions and lectures.

During the class hour, I utilize multiple videos to help students observe the religious practices. In particular, I ask them to focus on the sounds, movements, facial expressions, and variegated bodies of practitioners whose voices are often muted in scriptures. For example, before discussing the concepts of the Hindu sacrificial ritual, I ask students to describe whatever they see in the video of an ordinary sacrifice, paying attention to every detail they’ve noticed. Students are often surprised to learn that their simple remarks are tied to important concepts such as puja, darshan(a), symbols and characteristics of gods, murti, and rituals.

Another method that helps students experience a religion more intimately comes from hearing the voices and watching the movements of practitioners in person. For each religion, I reach out to students and colleagues who practice that religion or are coming from that background to talk about their religion. They share their personal stories, show us photos and objects, and tell us what they value most about their religion. These demonstrations add a visceral component for the students that deepens their understanding beyond the stock images we find in textbooks and the internet. Sometimes the guests also share thoughtful questions and criticisms, which adds nuance to our understanding of a religion and intensity to the class discussion.

External observation of sensate practices, however, is not enough. If embodied empathy is the goal, beliefs should be experienced, too, so students can tap into the value that practitioners find in a particular religion. At the beginning of the course, I introduce the concept called “Religious Scholar’s Magic Hat.” It is a rather light form of practicing epochē and getting snippets of insiders’ appreciation of the religion. I ask students to wear this imaginary hat while we practice applying a religion’s core ideas to our daily lives. For example, after presenting an array of Buddhist teachings on suffering and freedom from it, I leave some time for a reflective task. First, students think about the things that create stress in their lives, including some of their most painful experiences. Then after writing down their answers, I ask them to think carefully about the potential causes of those sufferings, looking carefully into the deep desires that they have. After this, with the help of Thích Nhất Hạnh’s short guided meditation, we practice focusing on a single desire or emotion that rises in our minds, aiming to see its illusiveness. Throughout this mock Buddhist meditation, students can try embodying central Buddhist teachings, seeing the potential applicability of Buddhism to some of their problems.

I believe that the conscious practice of embodying religion in class, despite its incompleteness and sometimes awkwardness, helps students extend their understanding of religions. Hopefully this training enables students, when they encounter a religion of others, can practice trained empathy rather than immediately distancing themselves based on doctrinal differences.

Jin Young Kim is a teaching assistant professor of the Religious Studies Program at Oklahoma State University. Kim is a scholar of the New Testament and Early Christianity whose research interests include literary analysis of Luke-Acts, conversion in the ancient Mediterranean religions, Paul and Judaism, and minoritized biblical hermeneutics.